This further extends A Slight Tweak on a Successful Git Branching Model with the addition of the concept of support branches. 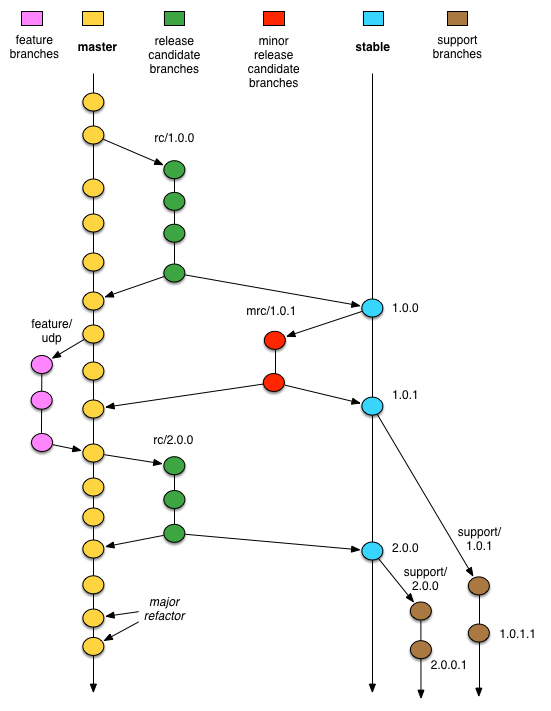